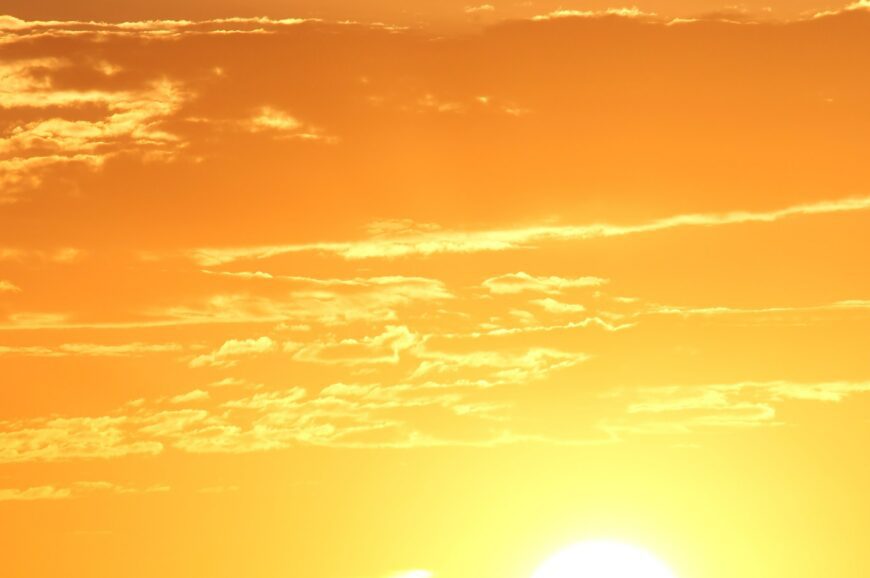 It’s no secret that Arizona is hot. Arizona summers can be brutal if you’re not prepared. Summer weather is wild and sometimes unpredictable, and one of the reasons people tend to avoid these parts of the state in the summer months. Not to fear, we are here to help prepare you for your summer visit to Arizona!

At a time when most parts of the country are just warming up, summer is well underway here. Our springs are short, and by May it’s already hot. The average highs during June, July, and August hover somewhere around 105 degrees, but there are many days where they will spike, up to 110 degrees or higher. On June 29th, 1994, temperatures soared to 128 degrees!

Pack plenty of sunscreen and aloe. Many travelers from cooler climates unfamiliar with Arizona don’t realize just how hot 105 feels until they leave the air-conditioned safety of the airport. 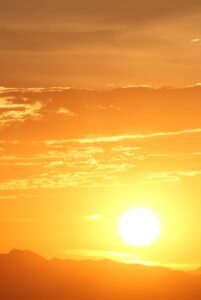 It also gets humid.

That’s something often heard in defense of Arizona, but it’s only true about half the time. Once the monsoon season settles in, it stays hot and it gets muggy. The average humidity in August hovers around 32%, but it often spikes right before a monsoon.

Evaporative coolers will not be an effective means to cool down, as it will only add to the humidity and make you feel worse. Air conditioners are standard in most short term rentals out here, but don’t be afraid to ask your host for confirmation! 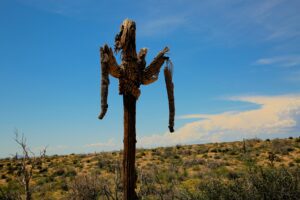 Monsoons are, in a nutshell, heavy dust thunderstorms. They bring much-needed rain to the valley, along with thunder loud enough to trigger car alarms, spectacular lighting shows, and at times, heavy wind. It’s not uncommon to lose power during a monsoon, and flash flooding can close roads and major freeways. Sometimes the odd hailstorm will run through the valley.

Monsoon season, on paper, runs from June to September, but it’s not uncommon to have monsoon weather as early as May, or as late as October.

What you should be ready for…

In addition to monsoons, we have haboobs!

Haboobs are dust storms that often roll in with little to no warning, reducing visibility to zero and covering everything in a fine layer of dust. They’re frequently followed up by mild rain.

If you’re caught in one of these haboobs, pull off the road immediately, whether it’s by the side of the road or the nearest parking lot, and turn off your vehicle. Running your vehicle during this time will pull dust into the cab and clog the air filters.

Do not try to drive in the middle of a dust storm, lack of visibility puts you at risk of an accident. As you may see on an ADOT (Arizona Department of Transportation) sign during these storms, “Pull aside, Stay Alive.”

Pools and outdoor furniture take a pretty big hit from these storms. Please be aware that this can cause debris to blow into the pool and cause the pool to become very dusty. Outdoor furniture may also get covered in dirt or possibly damaged due to the storms we experience this time of year. Please notify our STRM team if something on the property needs attention due to the storm. 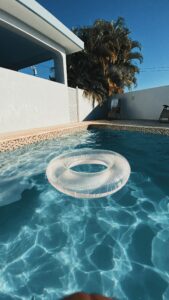 Get a break from the heat.

Did you know that only about half of Arizona is desert?

Less than two hours away is Flagstaff, a small city in the northern part of the state that’s nestled in among the pine trees, part of the roughly 27% of forested area that covers the state. They have much milder summers, with temps usually topping out at the low 80s. Sedona is also another well-known area that has a milder climate, as well as Snowflake, Pine Top, and Payson. They’re great for day trips if the heat becomes too much.

If you’re looking for water ,Tempe Town Lake, Lake Pleasant, and the Salt River are your best bets, but they still get hot in the summer, so don’t forget the water and sunscreen! 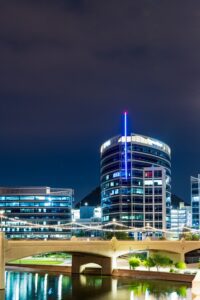 It’s a quieter time of year.

The snowbirds return to the Midwest and many ASU students head back to their hometowns for the summer. Traffic improves slightly, and the many cities in the Phoenix Metro area go through a quiet phase. Outdoor events move indoors, or shift to evenings, or just close for the summer. Farmers markets change their hours to beat the heat and start earlier. 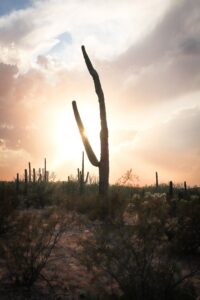 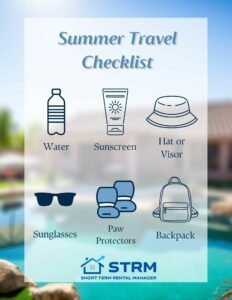 Looking for some local Phoenix events? Visit the Visit Phoenix page  for current events around the valley.

Ready to book your next visit to Arizona? Book with us directly & save on your next trip.